Tea In Vietnam: The “Green Gold” Of The North

As an English tea lover, I was very interested in learning about tea in Vietnam during my time in the country. And in this post, I want to share with you what I’ve learnt about it, specially what concerns tea in North Vietnam. But first things first.

Some facts about tea

It’s no secret that the world has appreciated and enjoyed tea for thousands of years. People has harvested and traded it throughout nations. And it still remains one of the most valued crops in the world. It’s said that around 6 billion cups of tea are drank each day! Can you imagine those many cups?!

China, India and Africa are leaders in the production of tea. And of course you can find it throughout all of Asia, as it’s the beverage of choice all across the Eastern continent. What is more, a surprising survey revealed that tea is the second most popular drink in the world, falling short only to water!

Travelers who explore Asia can certainly expect to come across a wide array of tea shops. Some of them will sell fruity, sugary and fanciful varieties, often over ice. Even in the smallest villages you’ll likely find a thriving tea shop! But what about Vietnam?

Is tea in Vietnam hard to find?

Definitely not! Here in Vietnam it seems like there’s a tea shop on every corner! Sometimes, it might be hard to find any difference between the products offered by one shop and the other. Besides, it can be overwhelming at times to select from the fanciful menu, especially when all you want is a nice cup of tea!

Although I have to say I’ve tried and enjoyed many wonderful, creative variations, I still longed for a simple hot fresh cup of tea in Vietnam. So it became a personal quest to locate it.

Now, Vietnam is roughly in the middle of the scale when it comes to global tea production. The country produces a respectable 260,000 tons of it a year. Green, black and lotus tea are just three of the top crops here.

What makes tea so special in North Vietnam?

Green tea has notably been respected for its high quality in Vietnam. And the north of the country has ideal climate and conditions for it. Before coming here, I had sampled a variety of Vietnamese tea that was new to me: I had received this snowy looking tea in a small gift pack from a Vietnamese friend. I enjoyed it so much that I had to know more about it!

After spending some time in Ha Giang, I quickly learned the importance of this strain to the area. Known as Shan tuyet, or Shan snow tea, here I became familiar with its importance and value. But Ha Giang is just one of the provinces in the north that produces this special tea. Vi Xuyen, Dong van and Bac Quang districts produce it too.

The Shan Tuyet tree is unique in character: it has a distinct snowy layer that covers the branches and buds. Some trees are around 300 years old, and grow at around 1000 meters above sea level. The trees have had time to evolve and develop naturally, therefore do not need pesticides or chemicals to preserve them. They do require skill and determination to harvest.

What does this tea mean to the local ethnic people?

The ethnic minority groups that live in the mountains respect and celebrate the tea trees. There are three harvesting seasons in the year. The picking usually begins in April and can last up to a month, and it generates an income to support the people and their way of life. The people here believe the tree contributes to great health and keeps them strong and protected from the challenging environment.

If you want to know more about ethnic minority groups in Ha Giang, Vietnam, check out this other article I wrote!

Where can I find the Shan tuyet tea when visiting Ha Giang?

You can enjoy the Shan Tuyet as a local delicacy when visiting North Vietnam. And it’s so exciting for any tea enthusiast to experience it’s intoxicating floral smell and delicate sweet bitter flavour!

You can pick up a bag of the loose leaf tea in markets, directly from the trader. But you can also find a local branded variety in local stores. If visiting Ha Giang, it’s well worth giving it a try and picking some up for your travels or as a gift! Perhaps, before or after taking the trip of a lifetime around the famous loop, you can also try yours at QT guest house, where they serve it throughout the day! Music, nature and art are Alex’s language. He left his home in Liverpool to become a freestyle traveler. After four months in Vietnam this decision has led him to life changing experiences and crossing paths with friends for life. 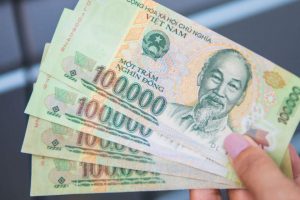 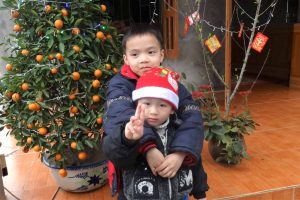 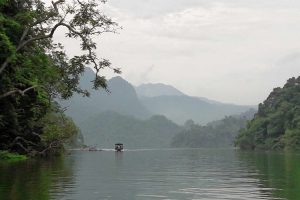